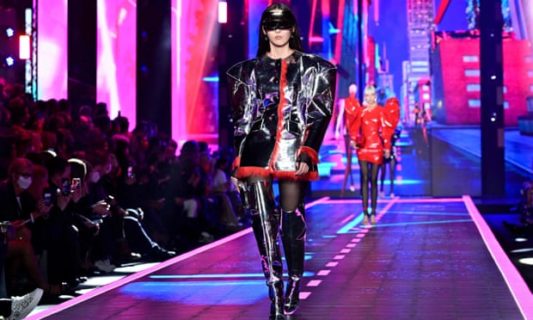 You know the world is changing when there is no leopard print in a Dolce & Gabbana show.

Domenico Dolce and Stefano Gabbana are the first to admit that they are unlikely champions for the metaverse. “Because of our age, we are outsiders,” said Domenico, 63, before the brand’s Milan fashion week show. Gabbana, who is 59, added that “the metaverse is for a different generation, but we are curious about it. You have to try and understand what is new.” 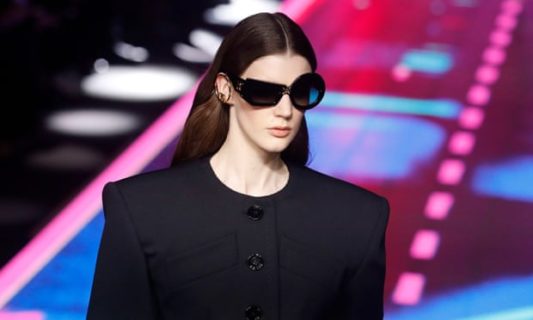 At their show, a virtual catwalk was stitched together with a real one. On a giant screen, avatars wearing the new collection took a pixellated 3D strut toward the audience. A physical catwalk was projected from the screen into the venue, and when the virtual models reached the catwalk, they disappeared and were replaced by flesh and blood ones, who walked the runway.

The look took its cue not, this season, from the designers’ native Sicily but the metaverse, with plenty of rain-slicked black and exaggerated silhouettes. A red latex heart-shaped dress looked like a walking, human-sized emoji.

But then, transporting women into a fantasy world is what the designers have been doing for 38 years. The metaverse avatar is to the 21st century what the silver screen bombshell was to the 20th century.

The traditional skills of tailoring in shaping the body, as Gabbana pointed out before this show, “can make the impossible possible”. By translating the Sicilian tailoring in which the brand is rooted into digital form, he said, “we can show tailoring to a new generation”.

“Molto sexy” remains in place as the unofficial house motto. The invitation was a glossy red box, containing a tissue-wrapped black lace suspender belt and sheer stockings. “It’s a tease!” said Gabbana before the show, rolling his eyes. “Look, we are Italian, we like sexy. Don’t take it too seriously, OK?” Avatars and models alike wore sheer bras and corset-laced miniskirts.

Dolce & Gabbana stopped using fur last year, and atelier workers who had previously worked with fur have been retrained with new skills. This season, fake fur was sewn onto sheer tulle dresses. “Once we would have said – fur on tulle, that’s impossible,” said the designers. “Now we say, let’s try and see what happens.”

Reports of Dolce & Gabbana’s cancellation have turned out to be greatly exaggerated. In 2018, images of a Chinese model eating Italian food with chopsticks, which appeared on the brand’s social media channels to publicize a Shanghai catwalk show, were widely deemed offensive and led to the label being pulled from major retailers in China, the world’s largest luxury goods market.

However, working with two international crisis management companies, the brand has made a commercial recovery. Sales of Dolce & Gabbana in China in 2021 were up 20% in 2020. Globally, the predicted shunning of the brand did not hold.

Within the past year, high-profile endorsements have come from Megan Thee Stallion, who wore four outfits by the label to the Grammys, from Cardi B in a bespoke crystal-embroidered maternity catsuit at the BET awards, and from Angela Bassett in a feather gown at last year’s golden globes. 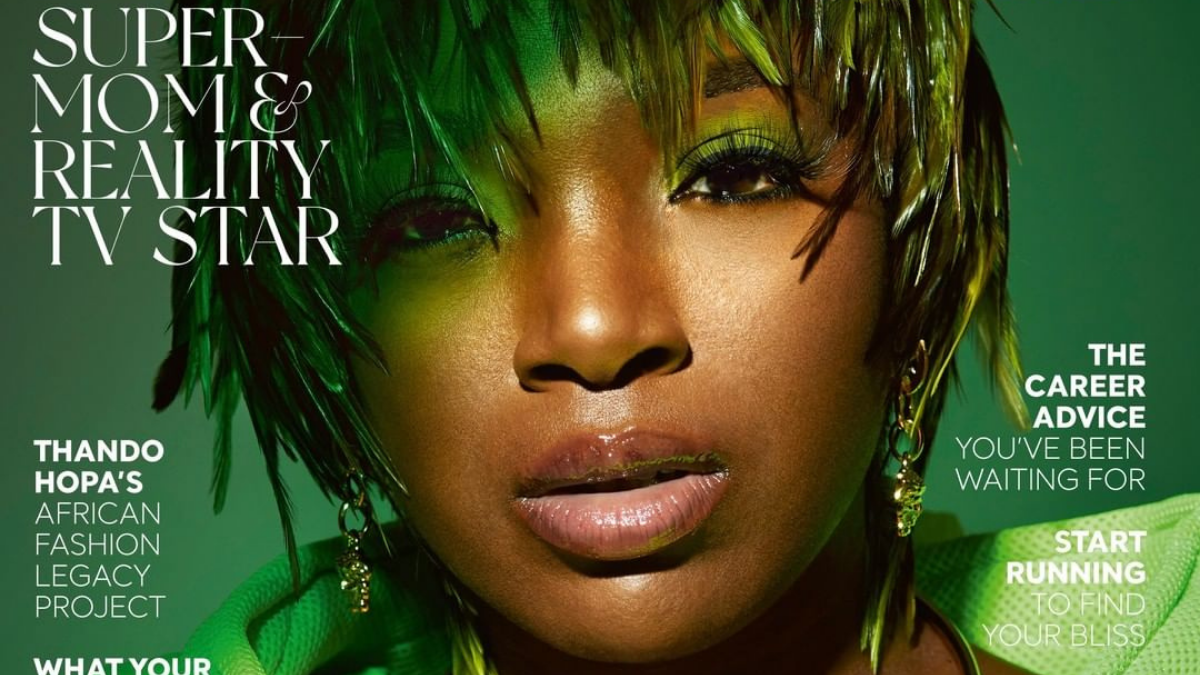