Nigeria has constantly remained relevant in the world of fashion not only in Africa but globally. The industry is filled with talented designers who have become trailblazers in their chosen profession.

Today, let’s focus our searchlight on 5 talented Nigerian fashion designers that have promoted the Nigerian culture through their works and are continuously dictating amazing fashion trends in the industry. 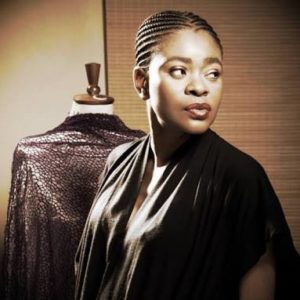 Deola Sagoe is the founder of The House of Deola Sageo. Her brand is known for making use of colorful African prints to create amazing designs. Notable personalities all over the world such as Oprah Winfrey and Will Smith have shown love and support towards her brand.

Sagoe whose inspiration is drawn mostly from the beauty of fabrics she works with has earned great recognition in Nigeria and beyond, bagging the MNET/Anglo Gold African Designs 2000 award. She also attended the Cape Town and New York fashion with an opportunity to showcase her couture collection.  United Nations World Food Program also appointed her Nigeria’s ambassador to the program, “Catwalk the World: Fashion for Food.” This was aimed at raising funds to reduce, by half, the number of starving people in the world, especially children by 2015.

It is amazing to note that we may be having a ‘Sagoe empire’ soon as the talented designer’s three daughters; Teni, Aba, and Tiwa Sagoe have also launched into the fashion industry and are owners of the popular CLAN fashion label. 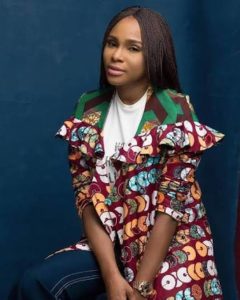 Lisa Folawiyo is the founder of ‘Jewel by Lisa’. A fashion line she launched in 2005.

Her brand is notable for fusing traditional West African fabrics with Western styles. Her favorite fabric is the Ankara (a west-African fabric) which she uses to create captivating rich custom prints.

The lawyer turned fashion guru has been able to stay relevant in the game with showrooms in Nigeria and in New York. Asides producing captivating designs, Folawiyo also produces clothing accessories such as jewelry and purses.

Notable celebrities in the world such as Beyoncé and Tasha Smith support her brand.

Her innovativeness and creativity have earned her recognition and awards such as the African Fashion Award in 2012, and she was featured in Vogue Italia in 2012. In 2014, Women’s Wear Daily (WWD) named Folawiyo among the eight emerging talents. In 2015, BOF500, a prestigious list of international brands, featured the designer among top fashion brands making an impact on the global scene. 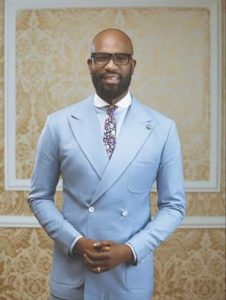 With an educational background in Information Systems and Technology and work experience in marketing, Atafo decided to launch into the fashion industry in 2010 to showcase how confident and charming a Nigerian gentleman can be.

He rose into the limelight after launching his brand, Mai Atafo, which has been successful both on the local scene, as well as the global fashion scene.

His brand has continued to attract A-list personalities in Nigeria and beyond. Some of the notable Nigerian celebrities such as Mercy Johnson, Innocent Idibia (2Baba), Waje, Gbenro Ajibade, Stephanie Linus amongst others.

Atafo has been recognized around Africa for his contributions to fashion design and style. Some of the awards he has received include being the winner of City People Fashion and Style’s Hottest New Male Designer two years in a row, LFW Menswear Designer of the Year, Mode Men Magazine’s Fashion Designer of the Year, and Allure’s Most Stylish Man of the Year. 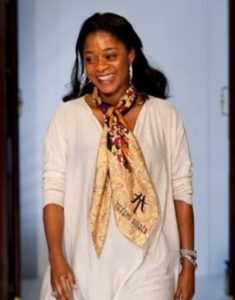 Folake Folarin-Coker is the founder and creative director of Tiffany Amber.

The fashion label launched in 1998 has continued to put not only Nigerian but African fashion on the global map.

Her interest in fashion sparked up while she was a student and the fire has remained ever-burning even after two decades. Over the years, she has captured the attention of fashion enthusiasts with her stylish designs inspired by the African heritage.

She is one of the numerous Nigerian talents that has bagged global awards and recognition for her hard work and relentless effort in promoting the African culture and diversity.

She is the first African fashion designer to showcase her collection at the New York Mercedes Fashion Week two years in a row. She has also been widely featured by International media houses such as CNN, and in 2013, she received an Enterprise Award at WIE (Women, Inspiration, and Enterprise) Symposium. In addition, she has made it onto the Forbes Power Women in Africa list. 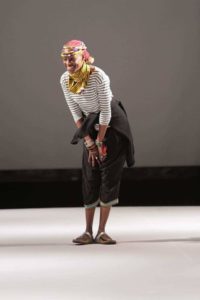 Lola Faturoti is an internationally recognized fashion designer of great repute. She is the director of a fashion venture called LOLALOVESCARGO.

Her love for passion for fashion was fueled by her by her grandmother, an esteemed designer specializing in Nigerian traditional garments. Till date her works are inspired by the innovative patterns and vibrant colour of our local prints.

Faturoti.is one designer that have stayed connected to her roots and has been able to blend ancient, traditional crafts with updated fashion concepts. She rose to fame in New York when she made a dress to celebrate Barack Obama’s election as President of the United States. The dress had these bold Yoruba words, “Oluwa gba President Barack Obama,” which means, “God Bless President Barack Obama.”

She has gone to receive global accolades for her unique fashion style. In 1994, she was awarded the Vidal Sassoon Best Young Innovative Designer award for her first collection.  She was chosen to represent the United States at the Osaka Fashion Committee show, Japan in 1996. Faturoti was featured as one of the top 18 most influential designers by Amy Spindler of the New York Times in the company of fashion icons such as Alexander McQueen, Ralph Lauren, and Helmut Lang. The Spindler-chosen design is on permanent display today at the prestigious Costume Institute at the Metropolitan Museum of Art in New York.

Rate this item: 0
PrevPreviousTop Celebrities That Have Joined The Black Out Tuesday Campaign
Next5 Stunning Asoebi Styles From #roadtoBae2020Next