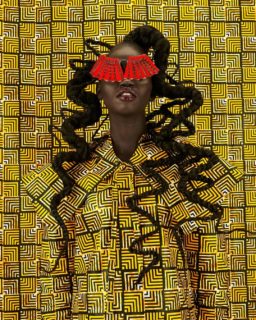 Thandiwe Muriu is a photographer born and raised in Nairobi, Kenya. Her photography journey began at 14 when her father taught her and her sisters how to use a digital camera. From her first interaction with the camera, She knew there was a connection between her and photography.

She started as a commercial photographer but instead of using the usual muslin backdrops, Thandiwe would rather use African prints to match the costume of her model. Other artists saw the uniqueness in her work and encouraged her to pursue a career in her art. Since 2015 when she created her first official series which she called Camo, the Kenyan artist has been creating images we would describe as a “stand out while blending in”.

Read on to find out about this young artist and the images she creates: 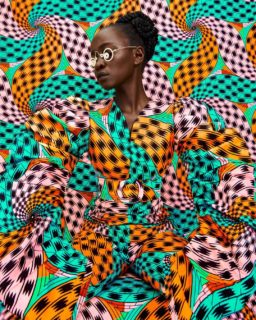 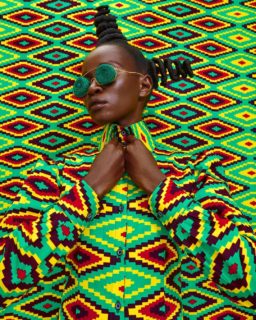 First of all, Her inspiration came from African textiles, everyday objects and traditional hairstyles, The 30 years old explores who she is as an artist and a black woman. Through her Camo series,  Thandiwe aims to showcase the self-love of the African woman who is often excluded from beauty standards in her own country. “I love fashion photography, I could do that all day, but I realized it needs to be fashion photography that is a reflection of who I am and my background. “That is how the Camo series came about.” The young artist once said . 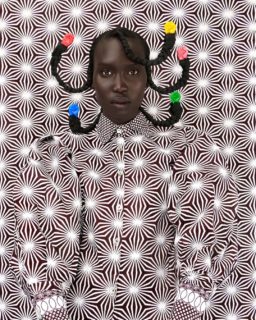 The accessories in her work are inspired by the objects Kenyans interact with within their everyday life, where one object can have multiple uses beyond its original purpose. The straws, improvised eyewear, and colorful combs are an attractive and witty celebration of her art. The Artist explained that recycling is not new for a population often lacking in means. “Kenyans are very resourceful people and one of the most common things I see is objects being used for something other than their intended purpose. For example, plastic handheld mirrors being used as side mirrors on a bicycle weaving through traffic, or even as decorative clothing accessories on a Maasai warrior!” she explains. 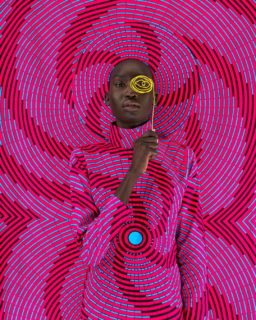 Thandiwe is very  passionate about the rich history of traditional, architectural hairstyles that are being forgotten. Therefore, she was inspired to incorporate modern forms of these hairstyles into her work. She refers to  it as ‘modernizing history’- drawing from historical elements to inform future generations about the past. 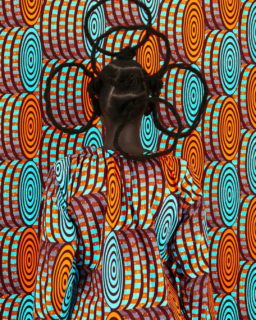 Her CAMO series now shows at top art galleries in the world including 193 Gallery in Paris. The concept began as a way to appreciate African fabric, but Muriu quickly realized that she had much more to say.