ANOTHER WIN FOR TYLER PERRY 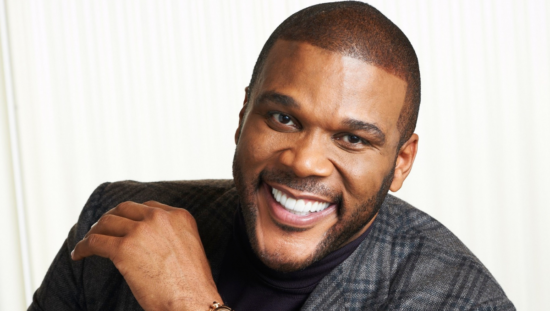 After getting listed as one of the richest entertainers by Forbes a few weeks past, Tyler Perry has shown that he can’t stop winning as he was once again recognized for his amazing work so far in Hollywood at the Emmy’s 2020 Award.

Tyler Perry was honoured yesterday with one of Television Academy’s top honours, The Governor’s Award.

The Governor’s Award is given to a single person, project or entity for extraordinary or cumulative accomplishments. It is effectively like a Lifetime Achievement Award.

In his acceptance speech, Tyler Perry shared a deeply emotional story about a quilt that his grandmother gave him and the ways in which it embodies his own life and the African-American movement.

According to him, when he was 19 years old and he left home, his mother gave him a quilt that she had made, “it had all these different colours and different patches in it and I was quite embarrassed by it”, “I had no respect for this quilt”.

Many years later, he was working past a fancy antique store and he saw a quilt that looked just like the one his grandmother had given him and the lady in the store walked up to him and said “Let me tell you about this quilt. It was made by an African American Woman who was a former slave and each patch in the quilt she had put in represented a part of her life. One part was from a dress she was wearing when she found out that she was free, another part was from her wedding dress when she jumped the broom”.

Tyler said he felt embarrassed while listening to the story, as he didn’t even recognize the value in his own grandmother’s quilt.  In his story, his own quilt, his parents could not have imagined that he would be receiving an Emmy Award.

He likened the quilt to Hollywood, made up of different people and different patches that come together to make an amazing quilt that is a study in diversity and that every patch on that quilt deserved to be recognized and celebrated.

Rate this item: 0
PrevPreviousCardi B Files for Divorce
Next2020 Emmy Awards: The Award Winners and Record BreakersNext