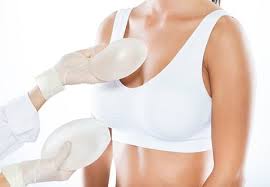 The act of improving physical appearance is an age long practice. For thousands of years, humans have engaged in practices to enhance their beauty and style which cuts across several aspects of fashion such as use of jewelleries, perfumes, beautifully adorned clothes amongst others.

However, all the above mentioned are temporary forms of adornment because human needs are insatiable, there is always a constant desire for more. Hence, the need to improve overall image.

Breast Augmentation, also known as augmentation mammoplasty or boob jobs became one of the ways of reinforcing this statement. It is one of the most widely carried out cosmetic surgeries all over the world.

Breast augmentation may be performed for reconstructive purposes, such as after mastectomy for breast cancer, or enhancement purposes. A very crucial element in this procedure is BREAST IMPLANTS.

Breast implant are the materials inserted into the breast to support the augmentation process. There are two major types of breast implants used and these are silicone and saline implants.

Both types of implants possess a similar outer covering which is made of silicone. However, the contents of the implants differ.

Saline-filled implants are silicone shells filled with sterile salt water (saline). The implants may be filled before or during the operation.

A silicone implant is silicone gel-filled implants. Although it is said that silicone gel implants feel more like real breasts than saline, they pose more of a risk if they leak.

In the age where feminine dominance is beginning to break out of societal limitations that have been placed on this gender, it has become imperative for some women to tweak and adjust their natural look.

Breast augmentation procedures are carried out to increase the size of boobs, make appearance bolder, and women figure more defined.

In the modern-day celebrity culture, cosmetic surgery in general has become an item of showing class and luxury. Highly esteemed personalities in the society engage in breast augmentation to make their appearance more pronounced and since it is an expensive procedure, it has become a tool for showing affluence.

In addition to the above stated facts, the saying that fashion exists based on trend cannot be overemphasised thus beauty as a key part of fashion follows the same ideology.

When the unnaturally large look of breasts fell out of trend and became unappealing, women started opting for reduction and implant removal as well. Worrying health complications among women also contributed to this, hence boob jobs were carried out to achieve a natural looking breast. 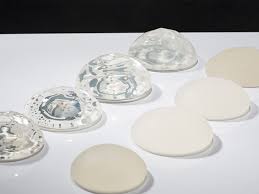 Women who engaged in breast augmentation were termed insecure, promiscuous, and looked down upon in the society.

However, the story is changing as the stigma of plastic surgery is going down, women are becoming more confident in expressing their preference of altering their bodies.

It is safe to say that the new generations would grow into seeing people talking freely about their cosmetic surgery procedures without it seeming like a taboo.

BREAST AUGMENTATION: THE EVOLVING TREND OF BEAUTY                       The act of improving physical appearance is an age long practice. For thousands of years, humans have engaged in practices to enhance their beauty and style which cuts across several aspects of fashion such as use of jewelleries, perfumes, beautifully adorned clothes amongst others. […]
5 1 5 1
Rate this item: 5
PrevPreviousNigerian Music Star, Fireboy Launches His Own Fashion Label
NextIntroducing Rihanna’s New Fragrance Line: Fenty Eau De ParfumNext