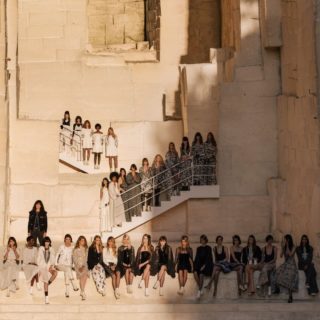 Chanel Cruise show was exhibited on the 4th of May, 2021. Earlier this year, Chanel had presented her Spring Summer 2021 Show but then again, the artistic director of the brand, Virginie Viard (Karl Lagerfeld’s successor since 2019), had proceeded to shot another.

The Cruise show was presented in France in a place called Carrières de Lumières, a white limestone building in the village of Les Baux-de-Provence. It drew inspiration from poet, artist, and filmmaker, Jean Cocteau who happened to be a close friend of the brand founder, Coco Chanel. There was a live performance by the French singer, Sébastian Tellier. 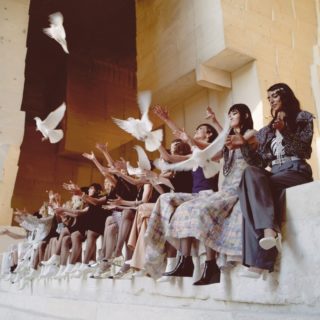 Contrasting the golden white color of the Carrières de Lumières, Viard opened the show with a series of bold black-and-white looks featuring suits, slit skirts, wide-legged trousers, and more. Chanel’s classic tweed appears on jackets paired with fishnet tights and fringed crossbody bags. The garments and bags were finished with frills and fringes which brought a somewhat sense of movement to the collection. 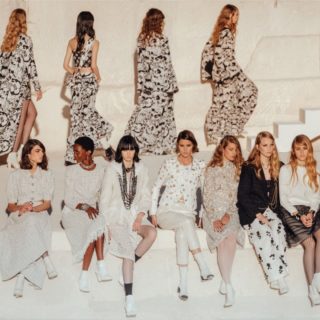 “Echoing the extreme modernity of Cocteau’s film, I wanted something quite rock. Lots of fringes, in leather, beads, and sequins, T-shirts bearing the face of the model Lola Nicon like a rock star, worn with tweed suits trimmed with wide braids, and pointed silver Mary-Janes, A look that recalls as much the modernity of the sixties as that of punk.” Viard said about the collection.

Chanel continues to evolve its digital format since the pandemic has limited live shows, audiences, and travel. Chanel has continuously developed its digital experiences to make it more enticing for viewers and clients while waiting to return to the live format as soon as possible.