GAP TO CLOSE ALL ITS UK STORES… A GLOBAL PANDEMIC EFFECT 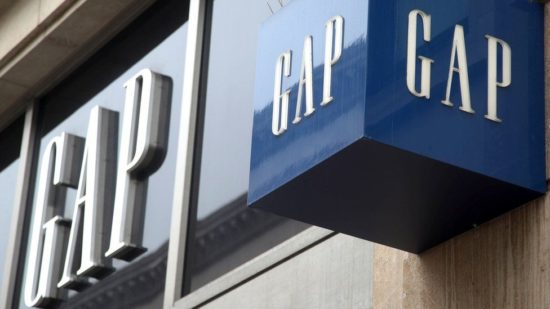 US fashion giant, GAP is set to close all its 19 UK stores due to the global pandemic effect which has caused most consumers to move their purchase to the online shop.

The Gap, Inc., commonly known as Gap Inc. or Gap, is an American worldwide clothing and accessories retailer.

The firm has disclosed that all its stores which have been scheduled to close in July as their leases would be expiring then would be closing “in a periodic manner” starting by the end of August till September.

The company has not disclosed the number of its employees that the closures would affect but has plans to start a consultation process with the staff soon.

The firm has stated that it is not exiting the UK market, and this new development is only a strategy for them to adapt to the changes in the market demand they have for their product in the UK. Hence, they would be offering a web-based store when all the shops had closed and continue to run and operate Gap e-commerce business in the United Kingdom and Republic of Ireland.” A GAP  spokesperson said the decision followed a strategic review of its European business, as a result, Gap is also looking to offload its stores in France and Italy.

GAP was founded in 1969 with a simple idea of making clothing which is an essential core of human survival easier. In its over 50years of operation, the company has grown into seven brands, with an initial commitment to do more which has turned into a global ambition to champion equality, inclusivity, and sustainability.

The company was a big hit when it first opened in the UK back in 1987 and was famous for its hoodies and sweatshirts. It is quite unfortunate to see that it has struggled to stay relevant and had to resort to prolific discount to attract customers to the brand.

The global pandemic had its toll on all businesses and gap who had been battling with a weak end in the market, could not withstand the turmoil. In a bid to find ways to improve the business, gap launched a strategic review of its entire European operations last autumn, warning that it was considering closing all its UK stores.

Gap heavily blamed this market dynamics on the global pandemic which has led to the influx of its customers to internet shopping leaving them with the challenge of having nothing to do with the almost empty, physical shops.

Kate Hardcastle, a consumer, and retail expert says the closure is because Gap failed to keep up with the competition by not offering enough variety or being as cheap as competitors such as Primark. “The brands you want to shop with in physical retail have to have so much more than just products on offer, they have to have purpose,” she says.

“It just didn’t feel like a company that had embraced the new consumer,” she adds.

The company said it was in negotiations with another firm to take over all its French stores. In Italy, Gap said it was in discussions with a partner for the potential acquisition of the stores there.

“We believe in Gap’s global brand power. We are executing against Gap’s Power Plan and partnering to amplify our global reach,” the spokesperson said.

Seeing the rapid uptake of internet shopping for its clothes in the UK since the pandemic-enforced lockdowns, it was the best option for the business to pull out of physical markets and channel its focus on the online market. This move comes as the latest blow to UK High Streets, who was already reeling from the collapse of the Debenhams and Arcadia retail empire whose sales was reportedly said to have crashed due to the impact of coronavirus pandemic as well.

The Debenhams brand did not shut down fully but also continued its business online after being bought by retailer Boohoo for £55m in January. Gap has added to the list of clothing chains that have moved to cyberspace.

Technology has been a huge tool in combating the effect of this global pandemic, but the importance of physical stores on business cannot be overruled.

GAP TO CLOSE ALL ITS UK STORES… A GLOBAL PANDEMIC EFFECT                           US fashion giant, GAP is set to close all its 19 UK stores due to the global pandemic effect which has caused most consumers to move their purchase to the online shop.   The Gap, Inc., commonly known as Gap Inc. or […]
2 1 5 1
Rate this item: 2
PrevPreviousBBNAIJA REUNION SHOW…A TRAD AFFAIR
NextFFA Best Dressed Of The WeekNext