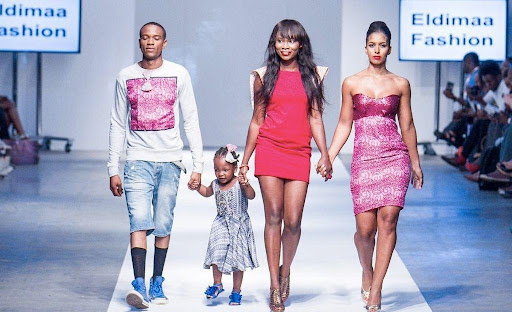 Elizabeth Agunbiade-Kolawole is a British–Nigerian fashion designer, who insights African ready-to-wear to the international market and the world press. Over time, She has learnt to marry her African heritage to the Western culture.  She conceptualized African print fashion as playing a large part in what is a trending fashion today. Kolawole is a determined and entrepreneurial creative. 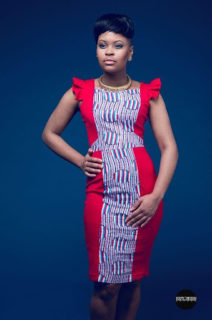 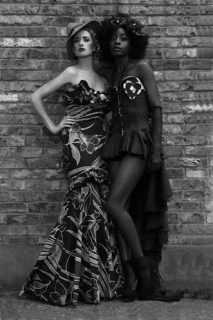 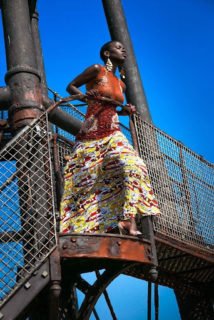 The label Eldimaa is an anagram of her name Elizabeth, and her sisters, Diana and Margaret who combine efforts run the Eldimaa label.

Three-year-old Elizabeth remembers when her mother (on a business trip) was stopped by a friendly policeman. Elizabeth said that she wanted to be a policeman so that she could arrest people and give them a makeover. “I didn’t know what fashion design was, but what I did know was that I wanted to make people’s lives easier“. Something that Elizabeth would come to accept as her life focus and drive for the future. Making peoples lives easier!

Coming from Africa, fashion design was never seen as a credible career, and using Elizabeth words, “…was not seen as very reputable.” However, given Elizabeth’s stubbornness and determination, she graduated from the London College of fashion in women’s wear and accessories. As a result of attending one of her shows, her mother surprisingly said “We could do this! – We can open up a factory! “

Elizabeth’s first major fashion show in April 2009 was at the Nigerian High Commission in London, which was coordinated by her mother. She pulled together- the day before- all her models off the plane from Lagos to London, and from Trafalgar Square. Her sister helped with the photography. She posted the pictures on her first Facebook page, which evoked admiration and excitement all over the world, for example in Ireland, England, the US, and Australia. She proved to be resourceful, and extremely practical in her process.

Elizabeth took a couple of years off, to get married, and give birth to her baby girl in 2011. It took a rapturous reception when she showed her next collection in 2014 and had her baby girl walk the catwalk. Her demands for shows spiked from Paris, LA, New York City, Belgium, all over London and in the UK. Ranging from hotels, church halls and pop-up shops. She would sometimes have shows back-to-back. Sometimes flying from LA straight into London for a show at the African Fashion Week. Again, a testament to her determination. She recalls the day that her little girl said “my mummy is not waking “where she was so exhausted from having flown from a show in LA to an immediate two-day show in London.

Elizabeth was born in Nigeria and raised in England. She used to be embarrassed when her mother would travel to London with her on the underground train. Her mother would face the cold, by dressing stylishly in her traditional robes, and have matching leggings, socks and long-sleeved jumpers’ underneath. Everyone would stare at her mother, so Elizabeth would sit in the next carriage. Elizabeth was not prepared to wear a Kaftan but she began to explore. 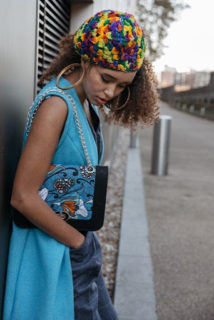 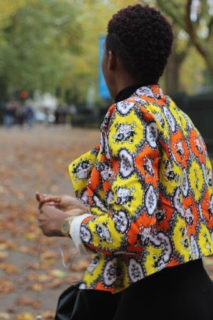 Her mix and amalgamation of plain westernized fabrics to African Ankara shows her maturity and wisdom as she cleverly demonstrates pairing things like T-shirts with African print pockets and collars. She concedes that her pan-African collection was reintroduced to the mainstream during the last 18 months of COVID-19 lockdown measures, and the Black Lives Matter campaign. Both helping the sale of her T-shirts and face masks. 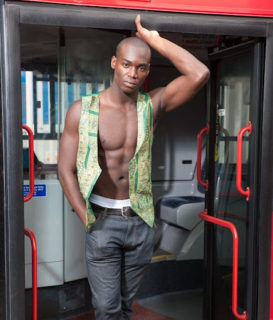 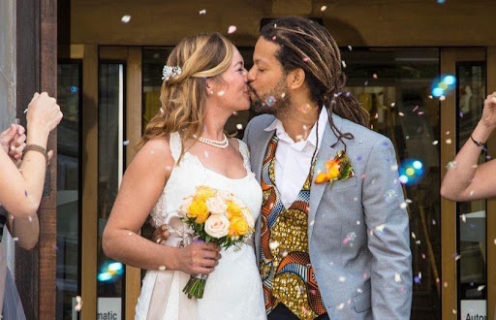 “Before Covid, I decided to change careers at the right time. The African fashion design market was becoming saturated. Happily, my vision to bring Africa to the mainstream was being realized.  But it was time for a change. So, I decided to develop a project management consultancy business.” This business would allow more time for her family, and provide more resources to invest in Eldimaa fashion. A testament to her true entrepreneurial skills. 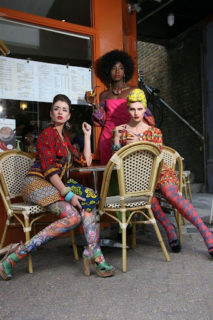 Her clothes may have a quieter release this season being post-pandemic, but they speak for themselves: beautifully made, excitedly wearable and sexy. And above all, true to Eldimaa’s rich African heritage. 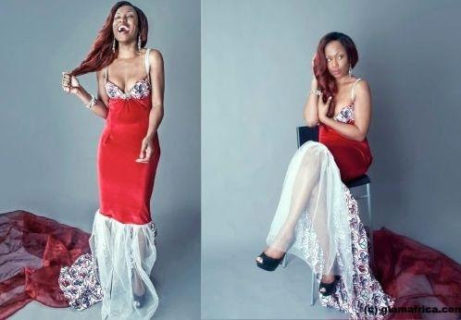 Eldimaa’s dream was for everyone to wear African fashion. She says “My passion was and still is keeping African print out there in the global world”. That is her statement and it remains.

Check out our Designer’s spotlight for other Emerging Fashion Brands to Know.

Introducing Eldimaa’s Fashion: An African Inspired And Revolutionary Brand Elizabeth Agunbiade-Kolawole is a British–Nigerian fashion designer, who insights African ready-to-wear to the international market and the world press. Over time, She has learnt to marry her African heritage to the Western culture.  She conceptualized African print fashion as playing a large part in what is a trending fashion today. Kolawole is a determined and […]
5 1 5 2
Rate this item: 5
PrevPreviousHighlights: Best Fashions From Emmy Awards 2021 And Who They Wore
NextThe Best Designer Looks from Milan Fashion Week Spring Summer 2022Next