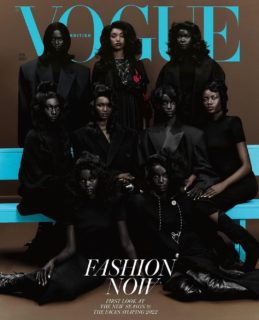 Photographed by Rafael Pavarotti, the women are all core African ranging from Senegalese to Rwandan to Sudanese to Nigerian and Ethiopian.

Akech, one of the featured models spoke about the stunning cover. “When I first started modeling internationally…I would be the only Black, dark-skinned girl in the show. There were no Sudanese models, no African models”.

Now I go to a show and there are girls from my country, girls from Africa who look like me. So yes, there has been a huge change. It has gone from me being the only one at a show to 15 or 20 of us. I’m just so happy that we are finally at this place. I was tired of always feeling out of place and feeling like an outcast.”

Egyptian-born Sudanese model Yai also shared how she has made it in the industry. “In the beginning, I felt really isolated,” Yai said. “I got thrown into the modeling industry very quickly and I kind of had to navigate it on my own. I also have social anxiety, and so I struggled a lot with connecting with people. Backstage, there would maybe be one other Black girl, but now my tribe is backstage. I can speak my own language to my friends. They are basically like my family.”

Makeup artist Ammy Drammeh said she was inspired by a photo of the iconic Grace Jones for the look. “African women and their elegance is at the center of this beauty look,” Drammeh said. “That elegance is innate, you know? They’re not trying, they just are.”

She said she did not want to do too much on their faces, just “highlight their natural beauty, while creating something chic and elegant — I wanted to stay away from all the clichés, like creating a tribal look on an African story… I didn’t want to go there.”

Here are the Images for the Cover: 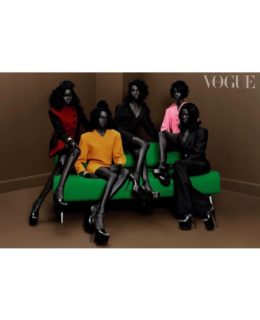 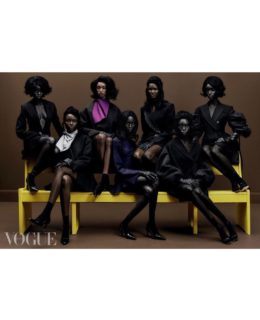 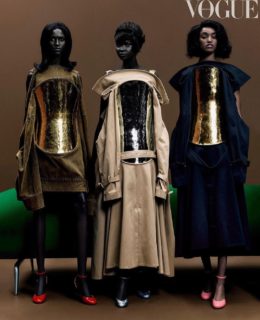 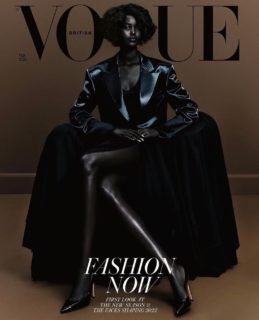 The February 2022 issue of British Vogue is set to hit newsstands on Jan. 18.

Rate this item: 0
PrevPreviousAngie Bee Shows a Routine to Stick By If You Want To Grow your Hair in 2022
NextParamount Pictures Lands Rights to Tomi Adeyemi’s Children of Blood and BoneNext