NYFW and The Lingering Effects of The Covid-19 Pandemic 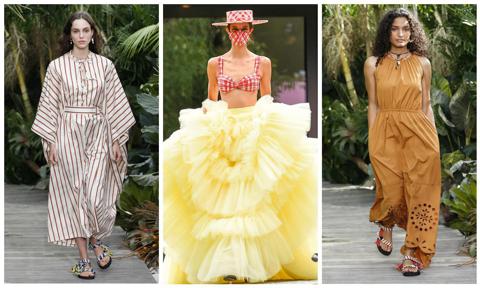 NYFW used to be a show that the fashion community worldwide looked forward to. It was a time of bustling in the city, amazing street styles, discovering new trends, emerging designers, press releases and live shows but since the pandemic, it has been a whole new ball game altogether. Just like other professionals, fashion designers have found new alternatives to showcase their designs instead of gathering large crowds at fashion shows.

The NYFW, Fall/Winter 2021 is going on currently. It started on Sunday, 14th February and will continue until April 15th 2021.  This year, it is not business as usual because editors, buyers and all fashion fans will stream the shows from their homes. This is because the city is in partial lockdown, thanks to the Covid -19 pandemic.

The most prestigious fashion event for fashion brands in America and fans worldwide, the NYFW holds in February and September of every year, it is different this year as most of the designers have decided to have off-schedule shows outside of the official calendar dates. This is because many designers have not able to meet up to the dates due to delays in production and insufficient cash flow. This also explains the reason for the long duration of the show. Usually, fashion week lasts for two weeks but this is almost two months.

Many designers are acknowledging and embracing the ideas of private shows and short films which is a better alternative according to them. This year’s show did not feature big brands like Ralph Lauren and Calvin Klein like it used to do because of the same reason.

Independent shows seem to be the order of the day for these brands.

The Chairman of the Council of Fashion Designers America, CFDA, however, said that despite where individual designers decide to show their brands, the council will not relent in its mission which is to help promote and support American fashion.

This does not mean that NYFW will no longer be relevant, it will only bring about a new era and a different way of doing things. The fashion films, the private shows and The Runway 360 which is the CFDA’s virtual home will still be relevant even after the pandemic.

The show kicked off with Jason Wu, Markarian and Imitation of Christ on the first day and will end with Jonathan Cohen and other designers who will be showing at later dates. Here are some of the looks so far.

Click here to see all the collections from the designers :

This is all so far, the show continues till April 5th 2021. Please Sign up and keep up with us at @fashionsfinestafrica as we keep you updated.