The Rich History of Cornrows 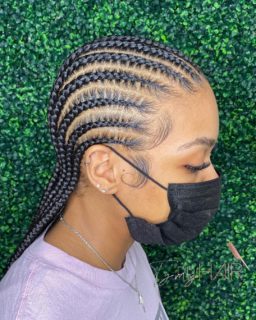 Cornrows (Braids) are popular among black women even though most of us do not know where they came from. In Africa, cornrows were a way to show people who you were. It can signify one’s age, religious beliefs, kinship, marital status, wealth, and was also a form of self-expression. Women used shells, glass, corals, and fresh flowers among other items, to adorn their cornrows and express their personalities.

Going down through history, Cornrows was dated back to ancient Africa. Up to 3000 B.C, particularly in the Horn and West coasts of Africa.

In the early 1500s, Cornrows were used as a communication medium amongst various African societies that were later forced to migrate to America as slaves where the customs followed as well.

Throughout history, black people are discriminated against based on their hair texture and choices, including cornrows. In 1980, Renee Rogers sued American Airlines when the company demanded she not wear cornrows to work. In 2000, a Wisconsin teacher forcibly cut off seven-year-old Lamya Cammon’s plaits before her grade-school class. In 1999 Venus Williams wore cornrows with beaded ends, which were declared disruptive at the Australian Open. Only two years ago in 2019, Gabrielle Union filed a discrimination complaint against her employer, America’s Got Talent, after receiving racially insensitive comments in regards to her hair, including that her styles were “too Black”. These instances do not include the countless cases of discrimination that go unreported or unspoken. That’s why it’s so important to recognize that Black people are discriminated against and for wearing cornrows.

Here are 3 popular cornrows in the present day and where they originated from:

Ghana braids: They are also called banana braids or fishbone braids. It can be traced all the way back to Africa. The earliest depictions of Ghana braids appear in sculptures carved around 500 BC, illustrating the attention Africans paid to their hair. For centuries, they’ve been an integral part of many different Ghanaian ethnic, social, and cultural traditions. What makes Ghana braiding different from traditional cornrowing is the start and finish. Each braid is started off small, soft, and natural as it goes into a much thicker and fuller state in the middle until it is tapered off at the ends. 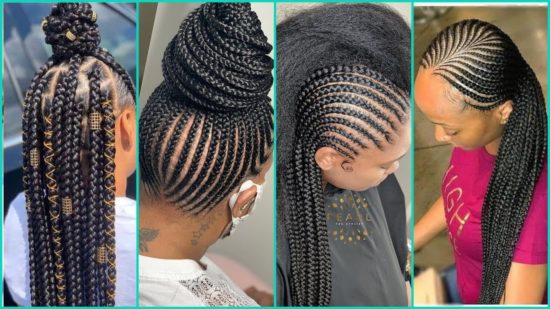 Goddess braids: It is also be dated back to the times of Ancient Africa. They are similar in shape to traditional cornrows, however, the braids are often much thicker throughout, raised, very sleek, and defined. They were a symbol of artwork, creativity, precision, and a new dimension of style. 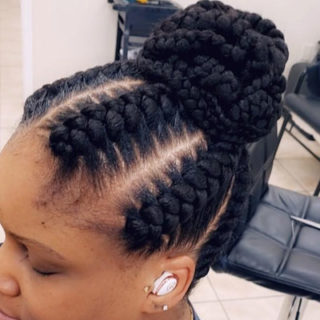 The Fulani Braids:  A very traditional hairstyle for women includes long hair being put into five long braids that either hang or are looped on the sides, with a coiffure in the middle of the head. Hair is decorated with beads and cowrie shells. A tradition that is passed through the generations to women and young girls includes attaching the family’s silver coins and amber onto braids as a heritage symbol as well as for aesthetic purposes. 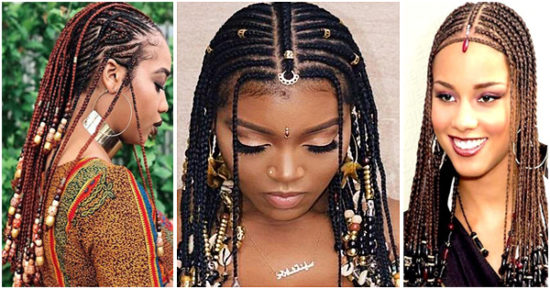 Cornrows have evolved over the years and despite all the discriminations against it, their beauty has not been erased. World celebrities like Alicia Keys, Tracee Ellis Ross, Beyoncé, and more, rock cornrows on and off the red carpet. Stylists and influencers continue to innovate and share their work with the world on social media, serving as inspiration for millions on Instagram, Pinterest, and YouTube.

What are your thoughts on cornrows. Let us know in the comment.

Rate this item: 0
PrevPreviousFASHION: AN UNSPEAKABLE FORM OF ART.
NextFFA Best Dressed Of The WeekNext