For over 2 weeks now, the EndSars protest has been going on hot in Nigeria especially in Lagos and Abuja even though other states have joined in much later.

Everything was going on well until yesterday October 20, 2020. 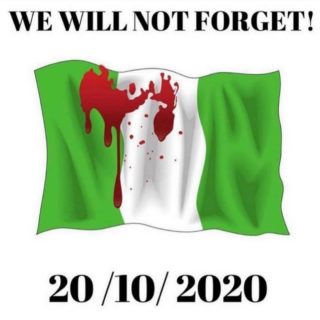 Earlier in the day, the Governor of Lagos State Babajide Sanwo- Olu had announced a curfew to start from 4pm (Local time). This was later changed to 9pm.

“Nobody except essential service providers and first responders must be found on the streets”. The Governor said “We will not watch and allow anarchy in our dear state”

But the peaceful protesters who were not armed remained at the toll gate which is the major rally spot since the protest began. They were holding the Nigerian flag and singing National Anthem. They remained adamant about not adhering to the curfew declared by the Governor.

At exactly 6.45pm, a witness reported that some Nigerian army officers opened fire at the protesters. Shooting rigorously at them. A number of casualties have been reporter though the not known yet but what started out as a peaceful protest to reform the Nigerian Police and as well as the country has gone south and turned to a pull of bloodshed.

Some people were hit and they died on the spot.  Another eye witness reported “The shooting lasted for about an hour and half and the dead bodies were carried away by the soldiers to an unknown place. Meanwhile, the street light and the security camera had gone off right before the shooting started and came back on right after it stopped. This is causing major panic, fear and unrest among Nigerians. 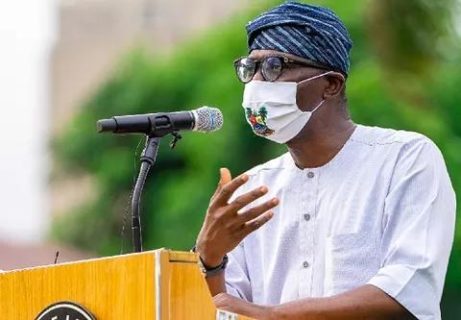 However, Today, October 21st, the Governor of Lagos state said that there has been no fatalities recorded from the gunshot incident yesterday, which is now being referred to as “The Lekki Massacre“. Speaking to the press, He said “Whilst we pray for the swift recovery of the injured, we are comforted that we have not recorded any fatality as against the widespread circulation on social media”. This amidst the abundance of videos on social media that speak otherwise.

Pockets of violence have been recorded all over the state and reports reaching us say that the curfew has been extended by another 3 days.

Rate this item: 0
PrevPreviousWizkid “MIL” did Not drop on the 16th of October as Earlier Anticipated. This is Why
NextMonday Style Inspirations to Learn from Folake Kuye HuntoonNext