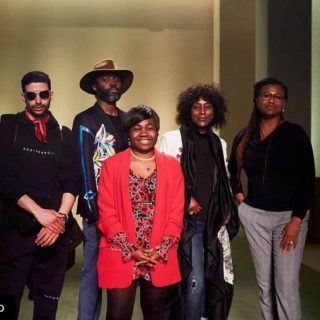 Milan Fashion Week started on the 23rd of February and will continue until the 1st of March. Just like other international shows, Milan Fashion Week was also virtual and remarkable. This just shows how things are gradually changing. We are seeing things that have never happened before in the fashion industry. Thanks to those who lent their voices to combat racism and promote the black lives matter movement.

On Wednesday at the “We Are Made in Italy” virtual show, Five African designers opened the Milan Fashion Week.  The show is the result of a collaboration between the National Chamber of Italian Fashion and the Black Lives Matter in Italian Fashion movement. The aim was to support black designers from diverse backgrounds and to give them a platform to showcase their art. They were tagged “The Fab Five” 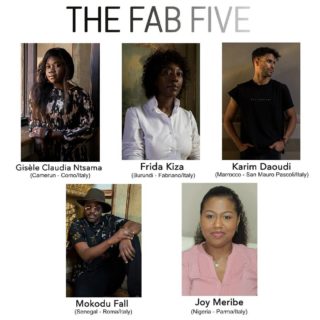 FFA takes a close look at these designers:

The 43-year-old designer decided to leave Nigeria because “designers have no status there” according to her.

After coming to Italy, Meribe said she faced a lot of difficult challenges to gain recognition. As a woman and an immigrant in Italy, she had to work twice as hard to prove that she has the same skills as the others.

She has a Masters in International Business in Italy, where she worked as a cultural mediator. “I’m not an ethnic designer, I live in Italy, I studied in Italy and I produce in Italy,” Meribe said. Her inspiration comes from strong, intelligent African women.

The 29-year-old Gisele Claudia Ntsama has long dreamed of becoming a designer in Italy. In 2012, Ntsama moved to Italy after eight years of learning Italian. She worked as a cleaner.  “When I told friends in Cameroon that I wanted to travel to Italy to become a fashion designer, they said, ‘Why are you going to study fashion. You know you are Black? What Italian fashion house is going to hire you?'” Ntsama said.

It is always in people’s minds that fashion is for white people. Ntsama creates artistic one-of-a-kind pieces with hemp textiles.

The 50-year-old designer came to Italy as a child. The Italian nuns in her school taught her how to sew.

In 2016, she founded her label Frida Kiza in Italy after initially training to become a doctor. Manirakiza describes her designs as a “mix between Africa and Italy.” Botticelli’s painting, “Primavera”, inspired her silk scarves with Masai prints.

He learnt shoe-making in San Mauro Pascoli in northern Italy. He picked up the local craft and created his collection of high heel sandals and boots after working with companies like Chanel and Hermes.

Daoudi said that the bright colours he used in his collection reminded him of Morocco. He worked as a postman to finance his designer dreams.

The 45-year-old artist worked as a cartoonist, actor, painter and now a designer of up-cycled garments.  He brings his African identity into his creations.

His collections reflect my African origins. “They are works of art that I transpose onto clothes.” He said. 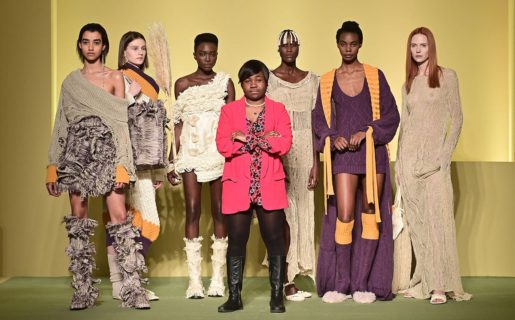 Rate this item: 0
PrevPreviousLondon Fashion Week Comes to Life Despite the Pandemic
NextPrecious Lee: The Plus-Sized Model Everyone is Buzzing AboutNext