MODERN COLONIALISM IN THE FASHION INDUSTRY: A WATCHCALL TO AFRICA 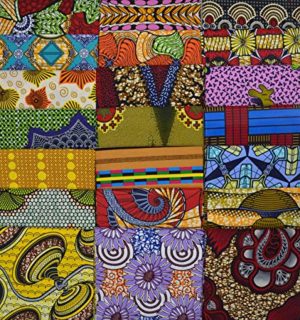 Day in, day out, there is mounting pressure on us as Africans to do better and be better for our society while also striving to establish a less mediocre race of humans. We have been through the struggles of bondage, fought wars for liberation, and have constantly been challenged with battles to redeem our identity in the presence of intense suppression.

This struggle exists even in the fashion industry. Recently, a deal that was reportedly valued at $193 million according to sources close to the matter was abruptly called off. It was said that the deal cancellation was because of a seeming lack of clarity around the closing timeline from Made in Africa (MIA), a consortium of African investors backed by Africa’s Import-Export Bank (Afreximbank), while trying to acquire Vlisco Group from Actis, the British private equity firm with backing from CDC, an agency of the UK government.

Vlisco group designs, produces, and distributes fashion fabrics, especially of the African wax print style, for the West and Central African market and African consumers in global metropolitan cities. The group, which also owns Uniwax, Woodin, and GTP, is headquartered in the Netherlands and prints luxury fabrics, that are sold almost exclusively in Africa.

The deal would have brought the iconic textile Dutch company, Vlisco under African ownership for the first time in the company’s 176-year history. The Dutch wax, also known as Ankara, is argued to be a colonial relic that should never be confused with authentic African textiles.” The Dutch largely created mechanical copies of our indigenous textiles like adire, then sold them back to us as a European luxury good for over 100 years. They take all the profits and invest them in Europe, leaving Africa underdeveloped and destroying our local textile market,” said a concerned citizen.

This deal if successful would have reportedly provided support for over 87,000 small hold cotton farmers in West Africa which would have been a remarkable boost to the African economy and help re-shape our stance in the global market.

It was alleged that the MIA’s plan of diversifying leadership brought up concerns among current leadership which allegedly led to Van Reeuwijk who has aspirations to become the company’ CEO suggesting to its members to kill the deal with Africa after it became clear that MIA was planning to eventually bring in African senior management to replace David Suddens when he retires.

Instead of closing with MIA as planned, it was alleged that Vlisco’s European management team announced that they would lead a buyout with backing from Parcom, a Dutch firm with no experience investing in Africa who has agreed to let Van Reeuwijk remain in control of Vlisco unopposed when Suddens retires.

It was also alleged that Parcom’s offer for Vlisco violated MIA’s exclusivity and is significantly lower than the valuation offered by Made in Africa, meaning that Actis and the British government are willing to take a significant loss on the transaction. This indicates a case of ownership not wanting to be released most especially to Africa as they believe there would be a loophole and hence lessen their grip on the Africa economy once again.

It is sad to still see Africa being downplayed in the face of international brands all because of some sort of power play and dominance.
But as people crafted in strength and resilience, Africa will continue to fight, keep utilizing channels, and providing opportunities for us to be reckoned with economically and globally.

This is a watch call to Africans, the fight continues and while celebrating our little wins, we should remember that total liberation is the ultimate goal!.

MODERN COLONIALISM IN THE FASHION INDUSTRY: A WATCHCALL TO AFRICA Day in, day out, there is mounting pressure on us as Africans to do better and be better for our society while also striving to establish a less mediocre race of humans. We have been through the struggles of bondage, fought wars for liberation, and have constantly been challenged with battles to redeem our identity […]
4 1 5 3
Rate this item: 4
PrevPreviousHOW FASHION EMPOWERS PEOPLE TO OWN THEIR SEXUALITY
NextBBNAIJA REUNION SHOW…A TRAD AFFAIRNext