What You Need to know about the #ENDSARS Protest in Nigeria 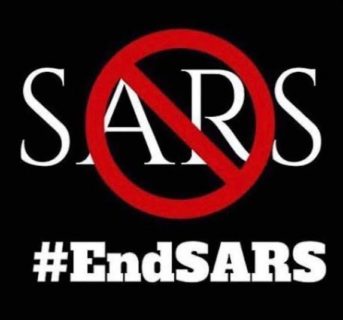 The special Anti- Robbery Squad (SARS) was a Nigerian police force unit, created in 1992 to deal with crimes associated with kidnapping, theft, robbery and crimes involving firearms. It was part of the force criminal investigation and intelligence department (FCIID) headed by the Deputy Inspector General of Police, Anthony Ogbizi.

However, things went south for this group of officials after the alleged killing of a young man in Delta state by SARS officials at the beginning of October. The video went viral on social media where the protest started.  Protesters called for the complete ban of this unit.

A protester by name, Ade said, “You become a SARS suspect when you dress too good or you are a young man moving around with a laptop”. 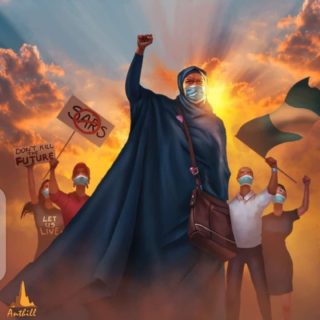 Their operations were very strong in states like Abuja, Lagos and Enugu. From theft to violent attacks to murder, people have been sharing their experiences at the hands of SARS.

Another protester by name, Obianuju Iloanya said that her brother Chijioke disappeared eight years ago after being arrested by SARS. The family was told that he had been killed but they have not been shown his body until date. The officers later denied arresting him. “Up to now we don’t know whether he is alive or not,” Obianuju said. She said she had joined the protests to get justice for her brother.

“I do not just demand for SARS to be ended, I want accountability, I want justice”. Another protester by name Usman said “They cannot just tell us SARS has been ended. We want closure. It’s painful, it’s not enough for us and it doesn’t do anything for us because these officers who might have killed these boys are going scot-free with no justice.”

Protesters called for the unit to be dissolved. The police closed it down but announced a new unit – the Special Weapons and Tactics (SWAT) team.

Protesters rejected this development as many see the changes as a disguise and not enough to reform the police. 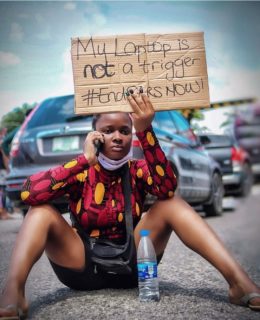 The protests have attracted worldwide attention – most recently the CEO of Twitter, Jack Dorsey, urged his followers to donate Bitcoin to the organizers of the protest. Celebrities from all over the world like Cardi B have also shown support for this protest. Nigeria celebrities were not left out too. Tiwa Savage, Falz, Wizkid and Davido have shown strong support too.

The government has promised to meet several of the protesters’ demands. After banning SARS, President Muhammadu Buhari has promised an “extensive” reform of Nigeria’s police service. The authorities have also vowed to free all those protesters who have been detained.

They say that all SARS officers will undergo a psychological and medical examination before further training and redeployment, and that SARS officers will not be redeployed to the unit set up to replace it, the Special Weapons and Tactics (Swat) team.

However, the protesters remain adamant, pointing out that several pledges to abolish or reform SARS in the past were not fulfilled. The Presidential Panel on Police Reforms has met as instructed by the Presidency and agreed to the five demands made by the #ENDSARS protesters across the country.

The END SARS protest started last weekend (9–11 October 2020) and the #ENDSARS hashtag had up to 28 million tweets.  Nigerians have shared both stories and video evidence of how members of SARS engaged in kidnapping, murder, theft, rape, torture, unlawful arrest, high-handedness humiliation, unlawful detention, extrajudicial killings, and extortion of the Nigerian youths.

What You Need to know about the #ENDSARS Protest in Nigeria                     The special Anti- Robbery Squad (SARS) was a Nigerian police force unit, created in 1992 to deal with crimes associated with kidnapping, theft, robbery and crimes involving firearms. It was part of the force criminal investigation and intelligence department (FCIID) headed by the Deputy Inspector […]
3 1 5 2
Rate this item: 3
PrevPreviousKenzo Takada Dies at 81
NextWizkid “MIL” did Not drop on the 16th of October as Earlier Anticipated. This is WhyNext